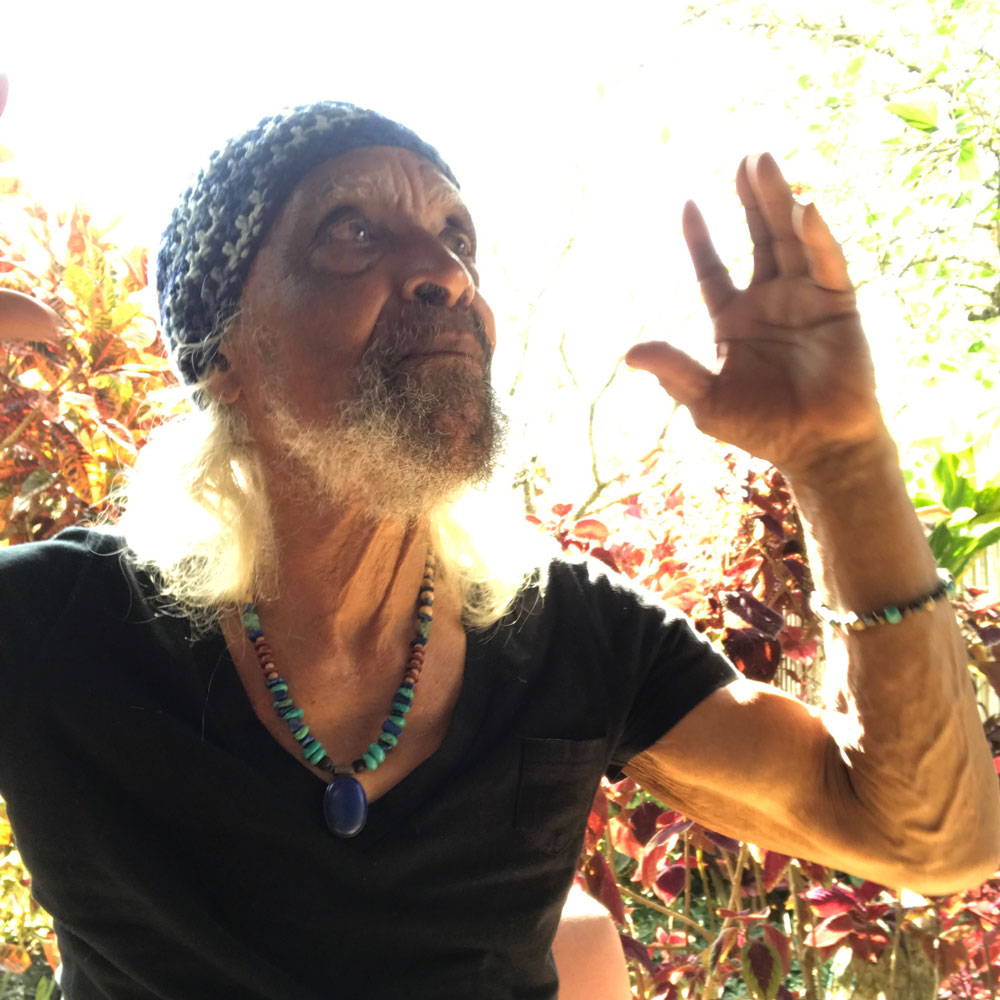 Windcloud is the definition of an extraordinary person. He is over 90 years old though looking at him one would never know it. Viewing photos of him dancing, you’ll see how limber he is and how effortlessly he seems to move. And his memory is razor sharp.

Being conceived, in the “summer of love,” Windcloud’s mother did not know who the father was and she sent him, at a young age, to a Catholic boarding school outside of New York City. When he was finally able to fly the puritanical nest, he joined the Coast Guard and then left to travel the world, discovering the wonders of music, which unleashed his passions creating an outlet for years of pent up emotions.

After he and a girlfriend unexpectedly had a daughter, they got married and Windcloud settled into domestic life, which he eventually found did not suit his untethered lifestyle leading to divorce. At 42 years old, he sold and gave away all his possessions, though gifted his precious music album collection to his daughter. He and a new girlfriend moved and traveled Mexico and Guatemala.

In 1967, once again alone, he moved to San Francisco and led a vagabond lifestyle until he heard about a group of around twenty-five people building a sort of education and parent-based commune in Berkley. Soon, they were gifted a plot of wild and unruly land in the mountains of Mendocino, where he stayed for twelve years.

The next step, in his journey, brought him to Willits, CA, where he worked as a shopkeeper in a small community led by a guru-sort of Indian woman. This didn’t last long and finally, at 60 years old, he found himself in Maui – his true home – where he has lived ever since for the last thirty plus years. There, he learned about living a simple lifestyle, and further delved into music, helping to connect with himself, to be present in the moment, and connect with community.

Today, he is discovering “the gifts” that come from having age slow him down. This is a man who has truly experienced all life has to offer, still is, and has accumulated great wisdom to inspire us all.